Most of us gladly read the novels of the horror master Stephen King and continue to read. As you know, many of King’s novels were adapted into silver screen and television. Here, again this is it and ultimately lasting novel series “Dark Tower” is on the silver screen! As we watched the fragment first, lofty expectations emerged inside us, however after seeing the movie, those hopes of us went far away. According to an information that came to our ears, film had been shot in a very long period and continuously delayed. It is a pity if it was shot in a very long period. It would be better for the issue to be handled through different angles.

Stephen King who was mentioned as the king of the genres of horror and thriller because of his own jargon is one of the writers mostly spoken of until now. His novels were both widely sold and adapted into many films. Some were loved very much, and some labeled as ‘unripe’. King who was on the agenda with the series “Mr. Mercedes” which held under a great storm of criticism and undertook the duty executive producer of the series, unfortunately couldn’t take passing grade from critics for “Dark Tower” and took seat of honor of the dusty shelves. So, we are asking that: Was the movie gloomy like its title? Well, we leave you the audience to answer this question. Film creates a great disappointment for the ones who read “Dark Tower” series, but those who were unaware of the series it may taste like a medium-sugar coffee. The greatest problem of the film that couldn’t give an exact answer to expectations is that it was put on the record as a utopic spectacle with scenes embellished with effect sauce (it is not appropriate with mind and system of thought) … Using technological effects to the extent, film is getting far from reality by making the audience live logical conflict. It is necessary for us to extremely state that Stephen King was a writer who was normally far from reality, however to make his more unbearable through effects doesn’t excite the audience as it damages the soul of King.

Director Nicolaj Arcel who rapidly past the arguments of parallel and alternative universes is looking for quickly giving an end to the story without permitting us to saturate it instead of heading the details and giving depth to the story. Focusing the child character (Jake) unnecessarily, director is leaving the other characters overshadow and can’t narrate the function of the Dark Tower properly. It’s being so stable, also is the last straw to this. As assembled scenes were spoiling the content of the movie, audience can’t imagine what kind of a film he was watching, and he loses his attention. According to the theme processed in the movie, Dark Tower is a bridge attaching real world and the other world to each other and holding the universe together… Guardian (Idris Elba) alias Excalibur is protecting the tower because he believes that monsters from the other world would come if that bridge collapsed was instilled to him, until an event occurred… Though Man in Black (wizard Walter) is trying to collapse it to rule the universe and the world. Here, at this point, savior Jake who had special Powers steps in and the story awfully turns into a mess. Movie that travelled between reality and dream and couldn’t create a successful atmosphere seems like recalling us that King was time to time leaping forward his own movies through taking dreams to the focus…

WHAT IS THE THING WHICH DARK TOWER REVEALED?

Not being able to know what to do, director who reflected horror and thriller to the screen at the beginning of the film goes off the rails in the proceeding scenes of the movie, so, the story, too, loses its taste and at that point the film “Pan’s Labyrinth” which was famous with its child character is coming to our minds.  You feel as if you aren’t watching a Stephen King film, but another one. For instance it is not to be advisable to offer to the audience’s preference the Dark Tower series of which the first one was published in 1982 and met with the reader as a serial composed of totally 8 books squeezing it into a so short duration like that (95 minutes) incompetently… Dark Tower series that was emerged through the combination of fantasy and science-fiction, actually tells that there were different worlds in the world we lived, and how and in what type different periods of time in different worlds processed, however, taking it inspiration from “Lord of the Rings”, the movie exhibits a mixed salad.  In other reading, the Man in Black that we couldn’t make out why he tried to destroy the World and Jake about whom we had no specific knowledge are bringing down Stephen King universe in ruins.

Briefly, while Dark Tower series is leaving the reader horrified from the first novel to the last, breaking into the events in the series at the half way, the movie is leaving the audience a film devoid of drama and conscience. Only good side of the film which can’t dispose of a dark tableau is that the legend of 1408 which was mentioned in many films was mounted into the story. If you remember, King has a movie named “1408” and he tells the mystery of the numbers 1408 in that movie, here we have the same situation.

Now we came to the most critical part… Although Idris Elba who surrounded the audience with his master acting and demonstrativeness turns the route of the film to the other way, we sadly state that Matthew McConaughey who merely wrapped himself up in a character that had rushed out a comic strip is losing audience’s grade and is overwhelmed by the movie. As you know, youngsters and children are main heroes of Stephen King films. In just the same way as it was in this film… Tom Taylor who gave life to the role Jake is carrying on his success all along the movie.

The next is the real question… What would we think if the film wasn’t an adaptation of a novel? Despite it has negativenesses, we would think positive and expect better as always. Is the reason to that unsuccessful adaptation of the novel? We can’t exactly say that it was like that, because when Stephen King isn’t in the loop, something doesn’t click into place.

With the result that; “Dark Tower” is a complicated and disoriented Stephen King movie that couldn’t go beyond a summer adventure, give the expected, fully saturate the audience, glue them to their seats… It is also an issue of concern why they wasted this film… A movie which was embroidered to the silver screen without strategically thinking has great defects, because the novel is a great many detailed and hard to internalize. We reckon, Stephen King didn’t want to have a bash at the movie, because he realized that from the beginning. The film isn’t so bad to watch, it only doesn’t suit King.

She is a film reviewer and reporter who works with national newspapers, magazines and film criticism sites. She is a member of FEDEORA (Federation of Film Critics of Europe and the Mediterranean) She writes television formats and drama scripts, she also interests of acting in movies and had a supporting role in The Class of Chaos Goes Abroad. Her family is in the industry since 1963. Their family company Arzu Film one of the most important film production companies in Turkey. It is established by her grandfather Ertem Egilmez who is a very famous director. She’s granddaughter of Ertem Egilmez and niece of director Ferdi Egilmez. In the near future she would like to work with a Spanish and American television channel as a format and script writer. Her plan for the far future is to be a director of full length movies.

The Past: Remnants of The Past

Mary Poppins, The Governess That Came From Heavens
Barry Seal in on the Road
Yorum 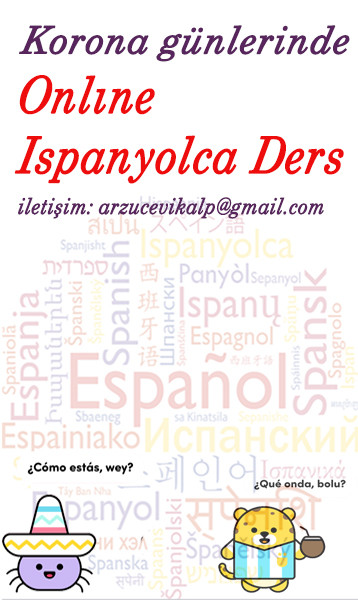